"While it is possible to learn some basic concepts in class, there is no substitute for real experience in the wider world. School trips provide a great opportunity for pupils to gain such experience and face a range of challenges that can contribute significantly to their personal development" - The Guardian.

Wymondham High Academy organise the following trips for students so that their learning is supported further:

The trip to Iceland is open to year 10 - 13 Geography students. Lasting for 5 days, students get the opporunity to have guided tours of some of the most impressive geographical landscapes of the world. Their visit includes exploding geysers, walking behind the huge Skogarfoss waterfall and getting an opportunity to visit a glacier, tour a geothermal power plant, see the impressive beaches and lounge in the thermal pools of the Blue Lagoon, as well as stand between two tectonic plates. Students are able to explore environments they cannot see at home and experience at first hand the processes, features, and issues they learn about in the classroom.

Year 9 learners get the opportunity to come face to face with speakers who are specialists in their field at our Maths LIVE! or Science LIVE! conference - all whilst enjoying the magic of Disneyland® Paris!  As part of this immersive event students take part in park challenges covering the fundamentals of maths and science at KS4 in a practical and fun way.

At the start of every academic year, the Art Department invites all Yr.10 Fine Art, Photography and Textiles students to Cromer for a study trip to 'kick-start' preparations for their first coursework project on the 'Environment and Natural Form.' The visit has run continuously since September 2008 and provides students with the opportunity to draw, record and seek inspiration from the beautiful North Norfolk seascape. In previous years students have visited Wells-next-the-Sea and the beautiful surroundings of Holkham Hall. The study trip allows students to immerse themselves in the landscape and understand the rich and cultural heritage of our county and coastline. The results of this visit can be seen in a diverse and exciting range of outcomes in the 'New Beginnings' exhibition held in the summer term of Yr.10.

The school Ski Trip happens once a year at either February half term or the Easter holidays and is open to all year groups and all ski abilities. We travel by coach, using either the channel tunnel or ferry crossing from Dover. The journey is long (usually around 24 hours), but most students find that it isn't as difficult as they expected. On the trip, students work with an instructor for 6 days in groups of about 10 to help them improve their skiing. As well as learning to become better skiers, students will also develop independence skills as they learn to look after themselves whilst away on the trip. Every year we find that students have an amazing time and make lots of new friends from a wide range of year groups by the end of the week.
Past destinations for the trip include:
2020 - Kronplatz, Austria
2019 - Saalbach, Austria
2018 - Ischgl & Samnaun, Austria
2017 - Ischgl & Samnaun, Austria

The year 1381 embodied many a trial and tribulation for the peoples of Wymondham, as it was the year of the Peasant’s Revolt. A great debate ensued within the peoples of the small market town over whether to join Geoffrey Lister in his local revolt in North Walsham or to stay loyal to the King, Richard II, trusting in the word of Henry le Dispenser, the Bishop of Norwich. Our year 7’s had to decipher which of these individuals they would join via their previous knowledge on the Poll tax and the information of a group of pilgrims staying at the Abbey before embarking to Walsingham. Over the two days of the trip, the year 7s questioned locals of the town, a storyteller, draper, soldier, musician, gunner, builder, jester, falconer and archer.

The locals proved to be a favourite of the students, possibly due to their education from the cook on delicacies such as honey and slug slime and the ‘cheesy farts’ that might come of its consumption. Although the students learnt a great deal about what would nowadays be seen as somewhat disgusting food, they also were shown the skills of writing with a quill, the use of herbs in cooking foods such as pottage, and the creation of items out of sugar. Near the tents of the locals were the revels of a storyteller telling the tale of William the Conqueror and his three sons, in this activity the students had the opportunity to tell an array of ingenious, ridiculous and overall amusing riddles. The draper allowed the students to exude their 14th century swagger, wearing clothes ranging from that of the peasantry all the way to nobility. In particular, the discovery of codpieces seemed rather amusing to all. Inside the Abbey the least of assuming figures for a holy place stood, that being the soldier, a hardened man with a daunting collection of medieval weapons and armour, ranging from the crudely named bollock dagger to the crossbow, used to keep enemies, and year 7s, in check. Harmonious music was to be heard closer to the entrance of the abbey from the musician, who taught of the lute, the flageolet, the crumhorn and many more instruments. In every corner of the Abbey one sound was heard overall, that being the boom of a medieval gun, a two manned weapon of might. Although dangerous in battle, the weapon proved rather entertaining for the students to watch be fired with black powder into the adjacent field. The builder near by the gunner taught the students the creation of a building like the abbey, showing a very interesting insight into medieval carpentry and the tools they used proving as a great reason why no matter what we all say during high school, maths is useful in later life. Anarchy was rife within the Jester’s activity when the students began to mock and mimic the bishop’s odd mannerisms, that proved to create a humorous atmosphere when partnered with silly games, just be sure not to call the jester a clown otherwise the mood would be rather soured. The Ger Hawk of the falconer showed the sheer impressiveness of the medieval sport, especially when contrasted with the falconers somewhat self-destructive Kestrel. The most physical of activities year 7 partook in was that of archery, in which many showed themselves to be remarkable marksmen. Arguably the most impressive thing about the Archery was the knowledge learnt of the sheer draw weight of the bows, with some going up to a couple hundred pounds.

The end of two-day trip also marked the end of the debate, in which it seemed that Year 7 had struck up somewhat of a rebellious mood, with many cheering for the proposition by Geoffrey Lister to fight. The trip proved to be “a mix of fun and education” for year 7 with one reporting that “there is only one thing I would change, that is only to be at the abbey longer”. The students “felt like they were in 1381” by the end of the trip and found it to be an “amazing experience” that they would “highly recommend for upcoming year 7s!”. 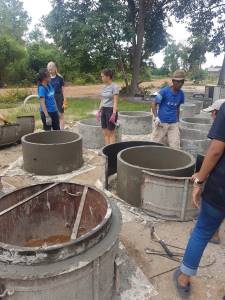 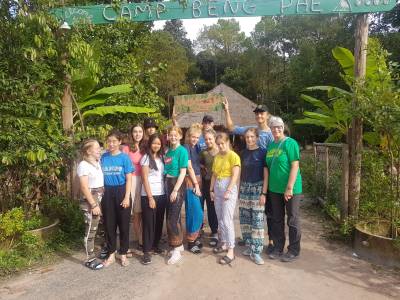 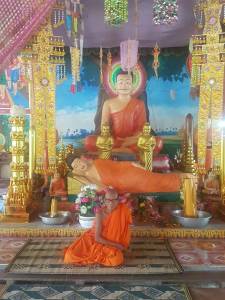 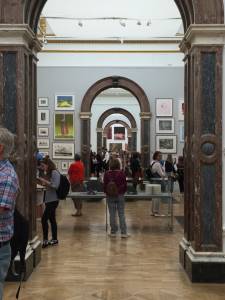 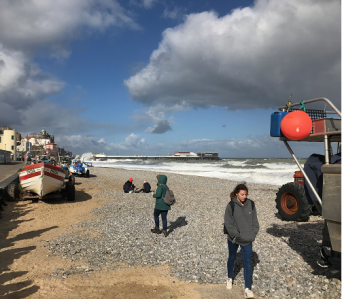 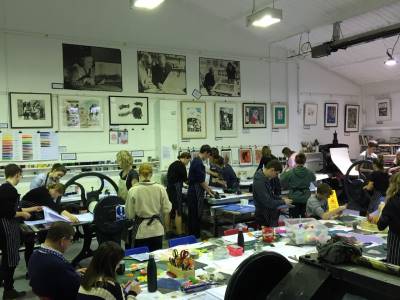 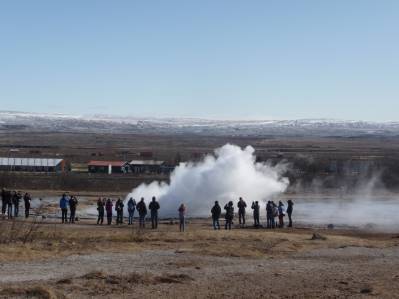 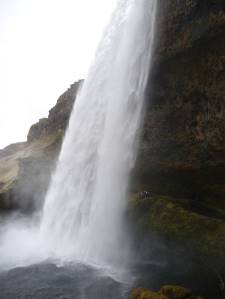 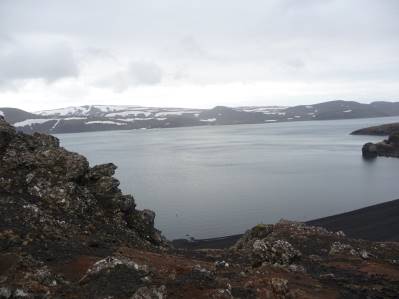 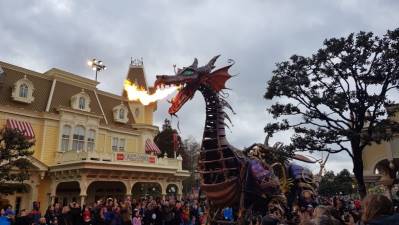 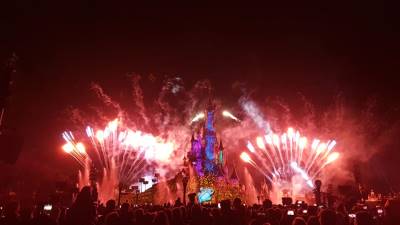 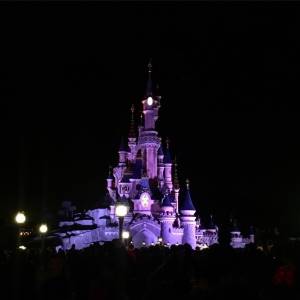 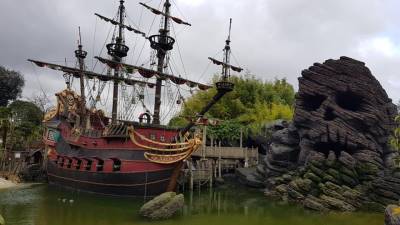 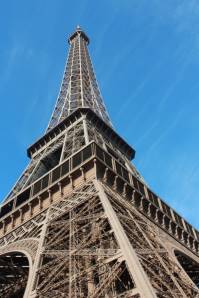 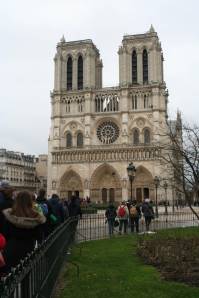 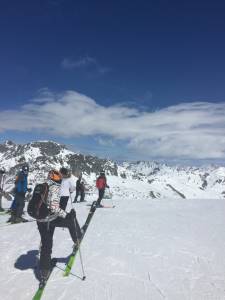 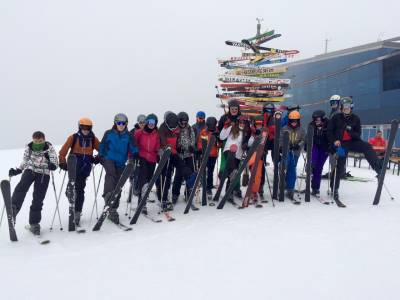 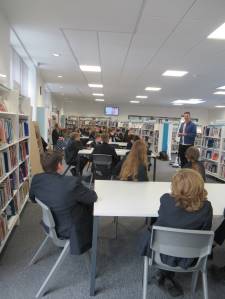 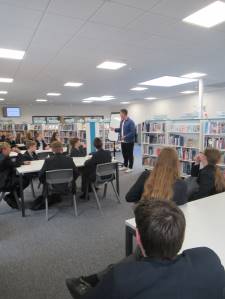 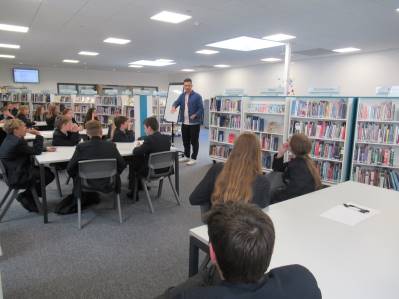